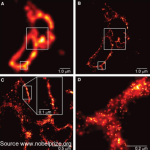 A former associate of the Cremer Lab, Prof. Dr. Stefan Hell, was awarded the Nobel Prize 2014 in Chemistry for his work on advanced far field light microscopy.

Prof. Hell has published a number of papers on the development and application of advanced optical microscopy techniques together with Prof. Cremer. A particular highlight has been on the development of 4Pi microscopy; the basic concept of this "focused nanoscopy" method was already conceived in the 1970s by the brothers Thomas and Christoph Cremer [C. Cremer, T. Cremer (1978)].

Måns Ehrenberg, Member of the Nobel Committee for Chemistry: „This development is expected to revolutionize biology and medicine by, not the least, eventually allowing for realistic, quantitative descriptions at nano-scale resolution of the dynamics of the complex, multidimensional molecular biological processes that define the phenotypes of all life forms.”

Quantitative description at nano-scale resolution in a cell 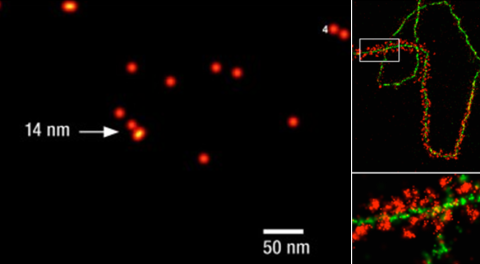 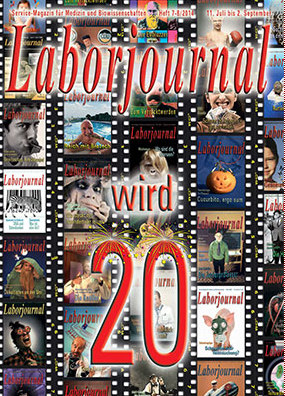 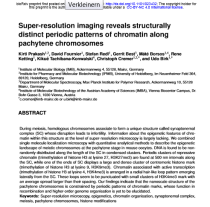 Meiosis - for the first time super resolution microscopy has been used to image this most important step of development of individuals. 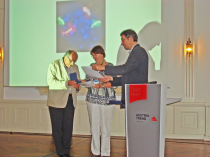 Histology award for our board member Thomas Cremer 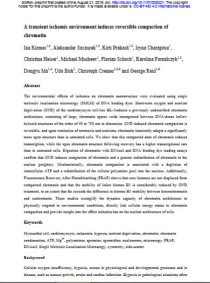 This is the first molecular insight into the effect ischemia has on the nuclear architecture of cells. On that basis new pharmaceutical drugs against this major widespread diseases can be developed.

Stroke (brain attack) is the second most frequent cause of death after coronary artery disease accounting for 6.4 million deaths (12% of the total).

Cardiac infarction (heart attack), one of the complications of coronary artery disease has with a world-wide incidence rate of 3 - 4 million.